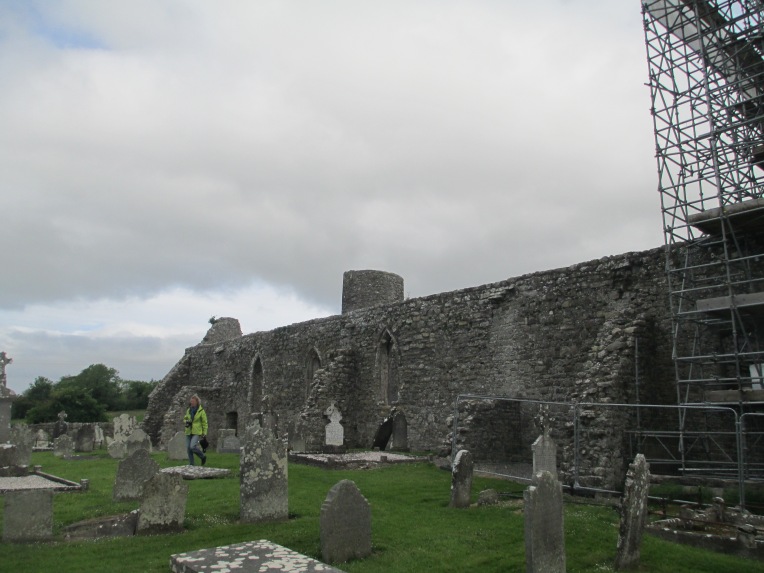 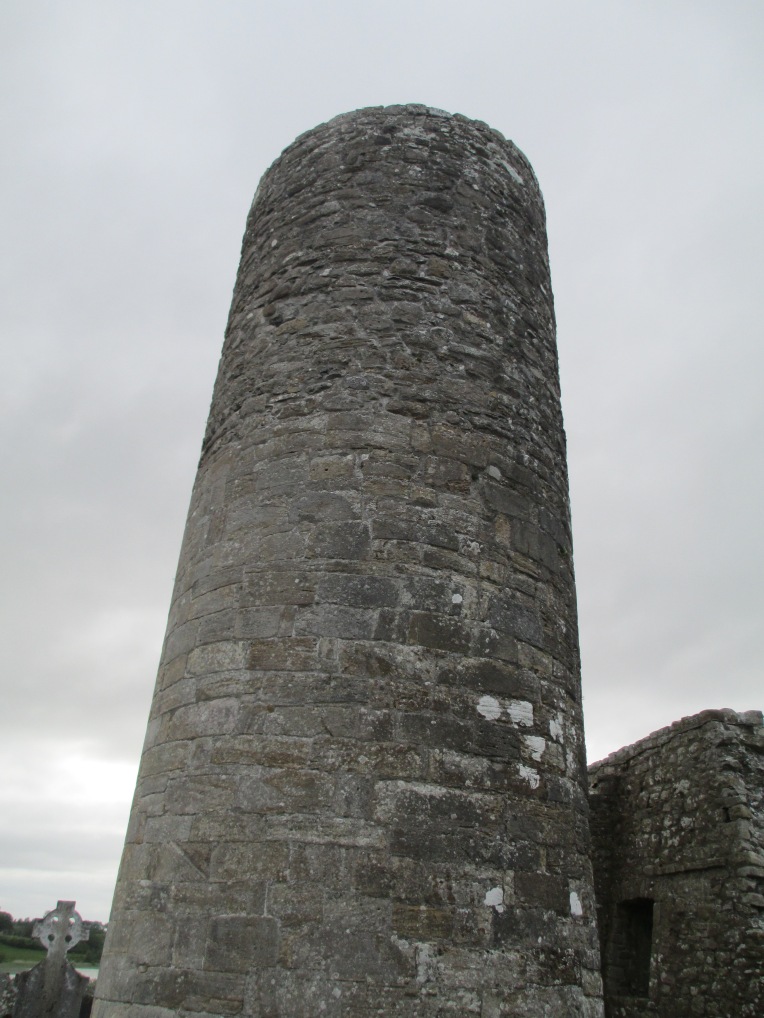 The first monastery at Drumlane in County Cavan, Ireland was founded in the 6th century either by St Colmcille or St Maodhog.  The main building remaining from the original monastery is the round tower the lower part of which dates to the 10th or 11th centuries. The upper levels, which are much less well built, date probably to the 15th century.

The monastery was re-founded in the mid 12th century as a priory of Augustinian canons. They replaced the original wooden buildings and began building in stone. The buildings suffered extensive fire damage in 1246, they were burnt by the O’Rourkes, and most of what survives from the church now is from the 15th and 17th centuries.

Drumlane was for many years the site of a shrine that was said to contain relics of Saints Lawrence, Mark and Stephen. They were gifted  to Drumlane by Saint Mogue. It was believed that a false oath taken on the shrine would result in visible divine punishment. The shrine remained at the monastery until the beginnings of the 18th century when it was moved to parish priest of Drumlane. Then in 1846 it was borrowed and not returned, it eventually made its way to the national Museum in Dublin.

The abbey was dissolved in the Dissolution of the Monasteries, but the church continued to be used as the parish church for another 200 odd years. The English crown granted some of the lands to the O’Reilly family.