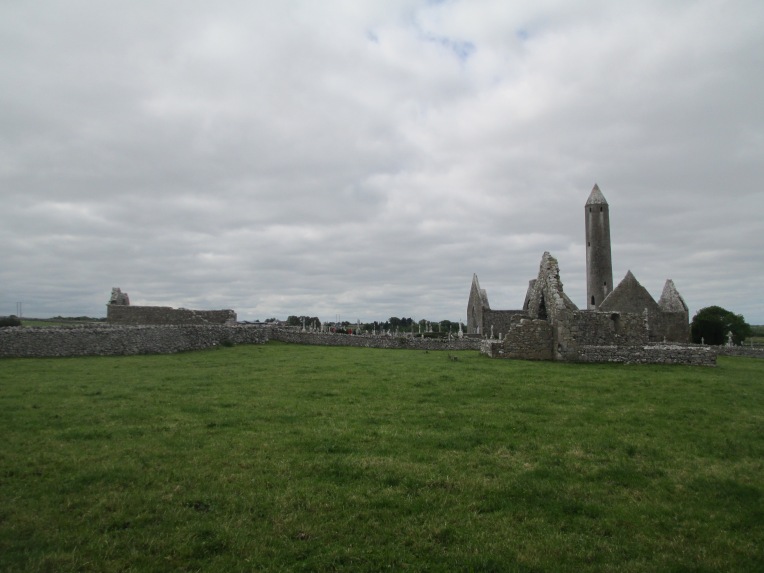 The monastic site in County Galway Ireland is made up of 6 key structures:

Heynes abbey or Heynes church: It was built in the first half of the 13th century and was originally supported by intricate columns with flowers on them.

Glebe House: It was probably the abbot’s house and was originally built in the 14th century, but was significantly reconstructed later. 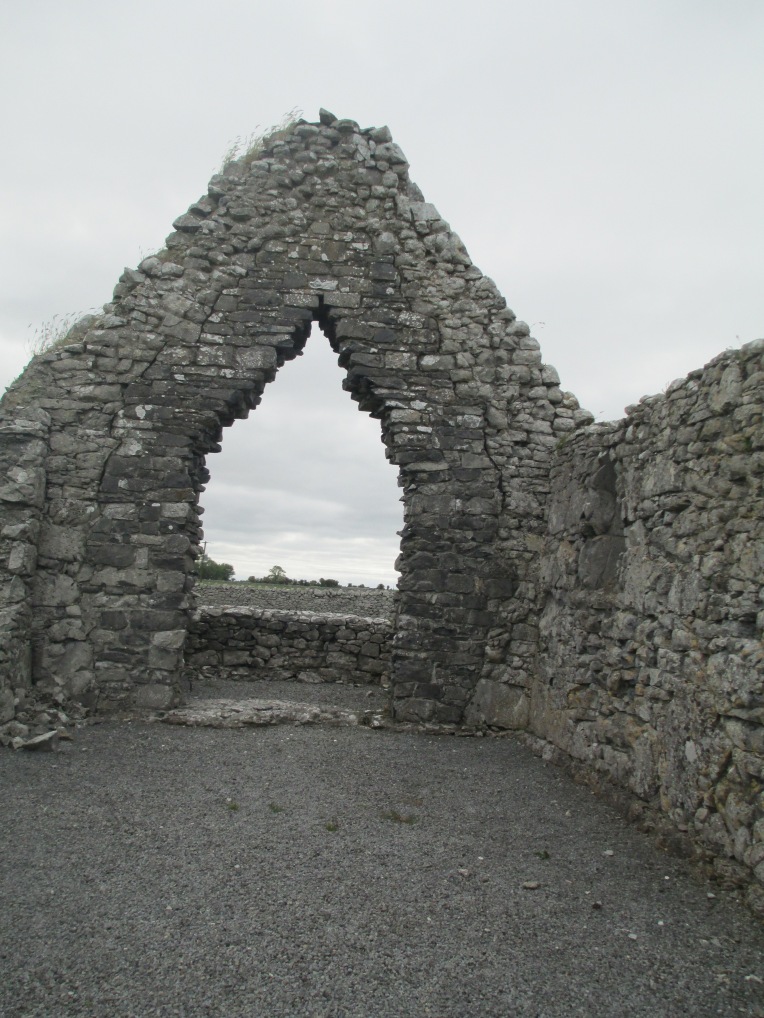 Saint John’s Church: This is the oldest masonry on the site, with parts dating to the 10th century.

Our Lady’s church: A small 13th century church which might have been built with stone from an earlier church.  You can see it second from the left in the above photo, I sadly don’t have a closer photo.

The Cathedral: The earliest part dates to the 11th century and was probably built to replace a wooden cathedral. 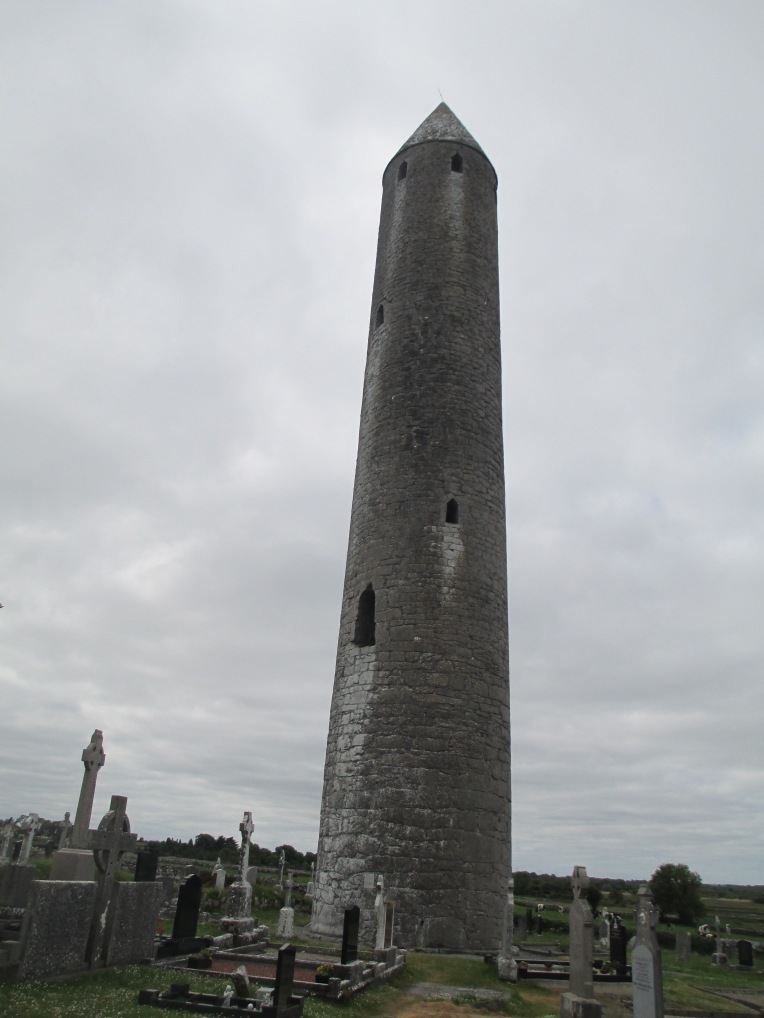 The leaning tower: This round tower dates to the 10th century probably and at 102 feet is the tallest round tower in Ireland. For more information on round towers see this previous post.

Kilmacdaugh Monastery was founded by St Colman Mac Duach early in the 7th century. He built a monastery and church. St Colman presided over the diocese until his death in 814. It remained the seat of the bishop of Kilmacdaugh until the 16th century. The churches were plundered in the 13th century but Maurice, the bishop of Kilmacdaugh who died in 1283,  introduced a foundation of Augustinian canons. The canons survived until the Dissolution of the Monasteries in the mid 1500s when the land and the site were granted to the Earl of Clanrickarde.