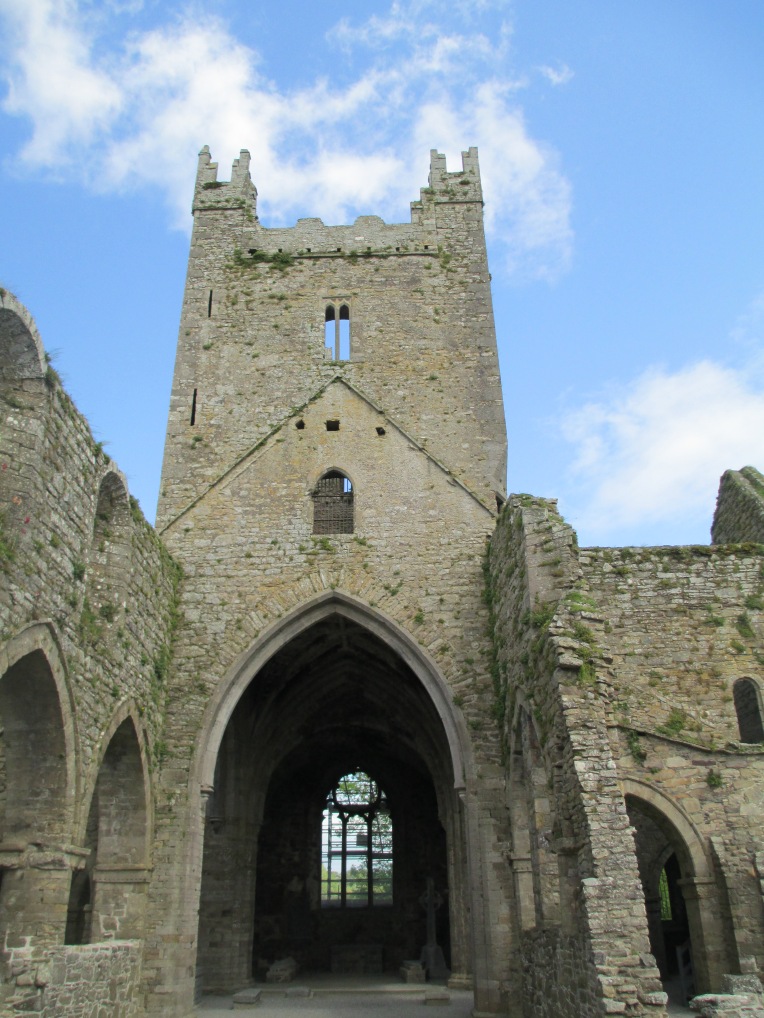 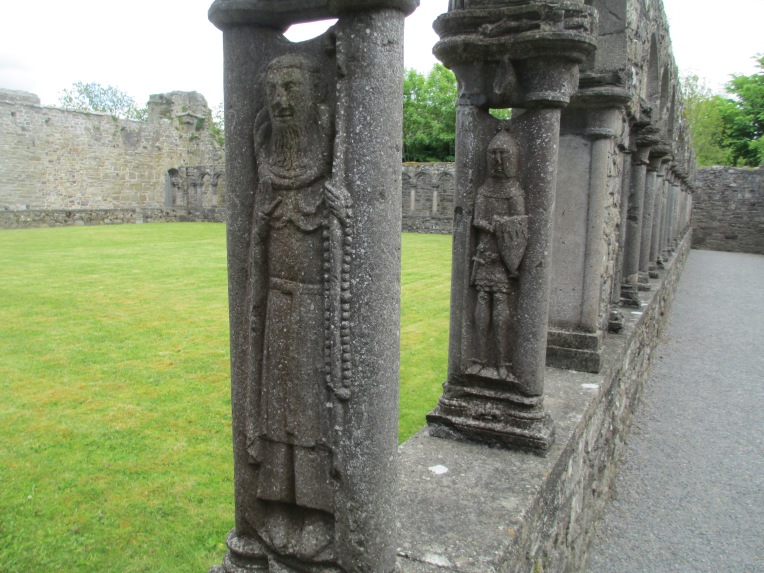 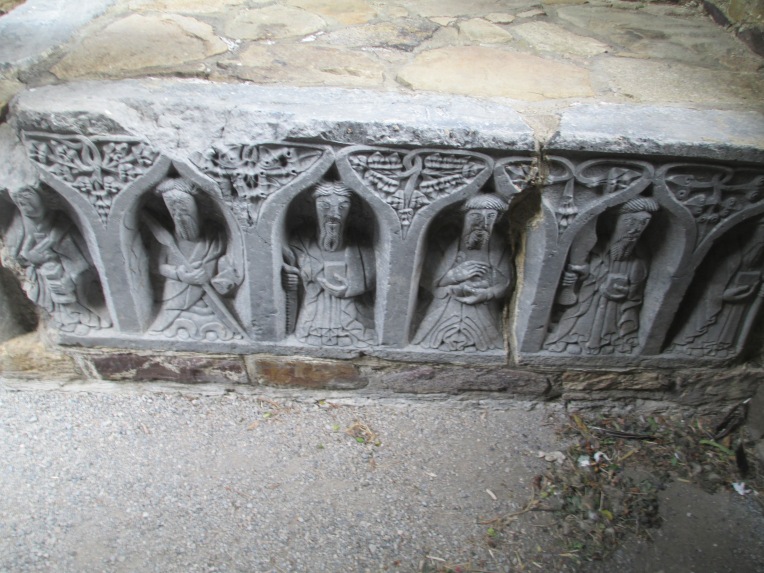 Jerpoint Abbey in County Kilkenny Ireland was founded in c. 1160 probably by Donal MacGillpatrick King of Ossory. However in 1180 it was taken over by Cistercians monks from Baltinglass Abbey in County Wicklow.

Jerpoint was at the heart of the the early 13th century power struggle in the Cistercian Order between the Anglo-Norman Abbots and the Irish Abbots. The Abbot of Jerpoint was deposed in 1217 for instigating the riot of Jerpoint. The General Chapter of the Cistercians had organised a visitation to Ireland to investigate reports of misconduct by the Irish Cistercians. When the investigator arrived at Jerpoint he was greeted with a riot involving Jerpoint and four other abbeys. The Abbot of Jerpoint was blamed. Matters came to a head in the Conspiracy of Mellifont when all the Irish abbots were deposed. Jerpoint was removed from Batlinglass and was made subject to Fountains in Yorkshire. The Irish affiliation was restored after about fifty years.

The carvings you can see in the photos above date largely to the 15th and very early 16th centuries. In 1442 the abbey was granted an indulgence to repair the cloister, bell tower, dormitory, other offices and chapel of St Moling after they pleaded poverty following the English Irish conflict at the time. The carvings on the tomb are apostles.

In 1228 the number of brethren at Jerpoint was fixed at 36 monks and 50 lay brothers, but by the time the abbey was dissolved in 1540 as part of the Dissolution of the Monasteries it was down to the abbot and five monks. The possessions of the abbey went to James Butler Earl of Ormond.

Time by Rone is absolutely spectacular- the installation is in the upper floors of Flinders Street Station including the (almost mythical) ballroom. The attention to detail in the evocation of times past is luminous. The sheer presence of the mural women is something you feel in your bones. My favourite room is, naturally, the library #Time #Rone