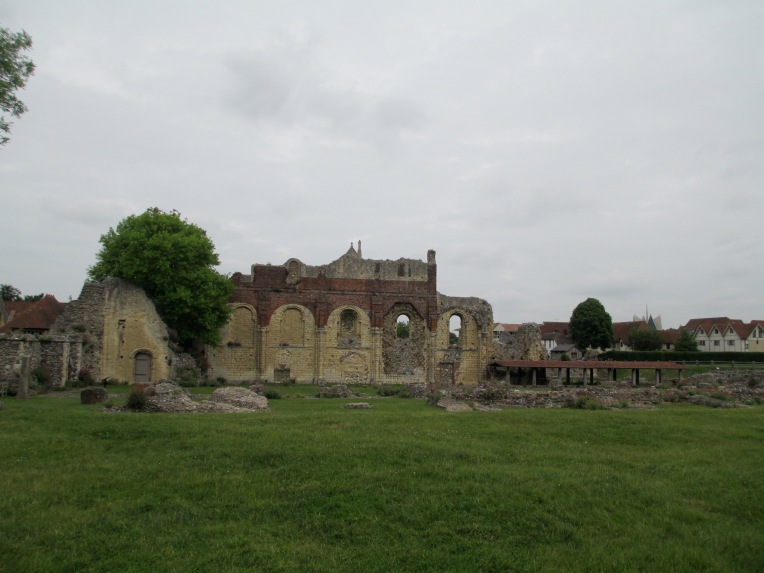 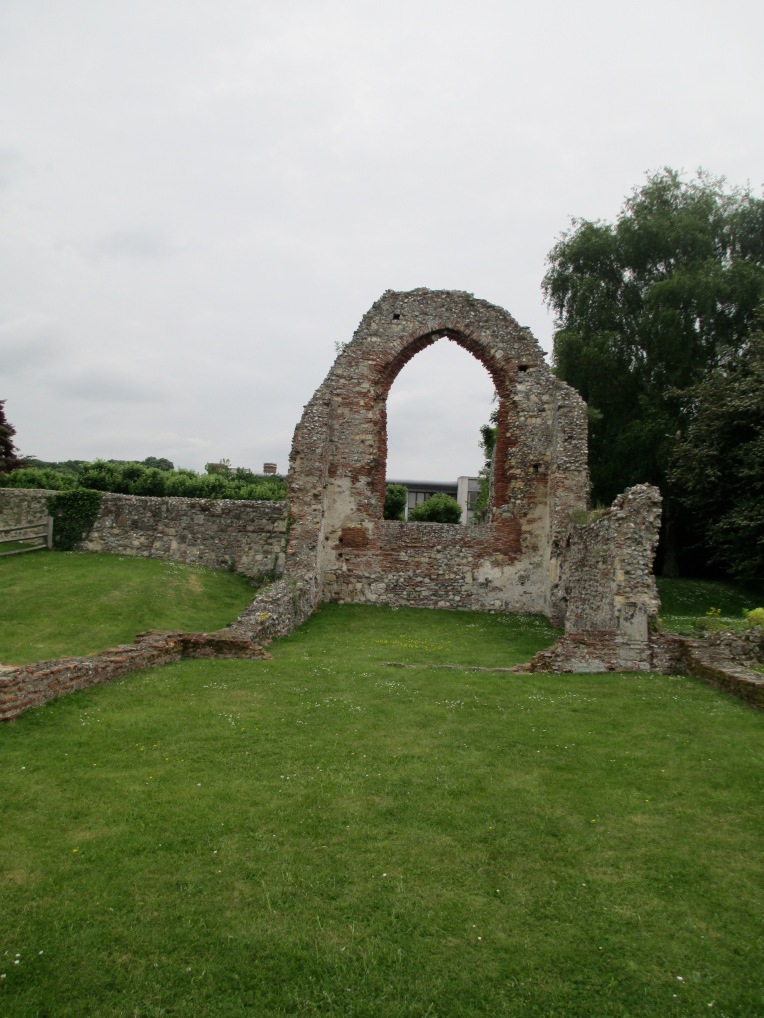 St Augustine’s was founded in roughly 598 by St Augustine, making it one of the oldest monastic sites in the country.

Augustine was sent by Pope Gregory the Great in the late 500s to restore Christianity to Southern England. Christianity had waned in England with the departure of the Romans. In the late 500s England was divided into a number of small kingdoms and Augustine set out with the aim of converting the royal families, deciding that they could then persuade their subjects.

He started in Kent because the king,  Ethelbert, was one of the most powerful in the region and his wife, Bertha, was already a Christian.  Augustine was successful and Ethelbert converted.

After the Norman conquest the abbey became a standard, though powerful,  Benedictine monastery. It remained so until 1538 when it was suppressed as part of the Dissolution of the Monasteries. After it was dissolved it was used as a royal palace by Henry VIII and as a resting stop on the journey between London and the ports in the South East. It was used as a brewery for a time in the 1700s and 1800s and by the late 1800s a missionary school had been established. Today some of the site is still occupied by King’s School. The abbey is often overshadowed by it spectacular neighbour Canterbury Cathedral, but as the site of the re-establishment of Christianity in England and as one of the most powerful monasteries of the time it is in many ways more important.

Central Park Public Conservatory was built in 1927 and is one of the oldest and largest surviving building of its type in Victoria. #conservatory #victorianhistory #plants #gardens #malvern