Barrenjoey Lighthouse stands on the Barrenjoey Peninsula at Palm Beach, an hour’s drive north of Sydney. The lighthouse is at the entrance to Pittwater, Broken Bay and the Hawkesbury river giving it truly magnificent views. 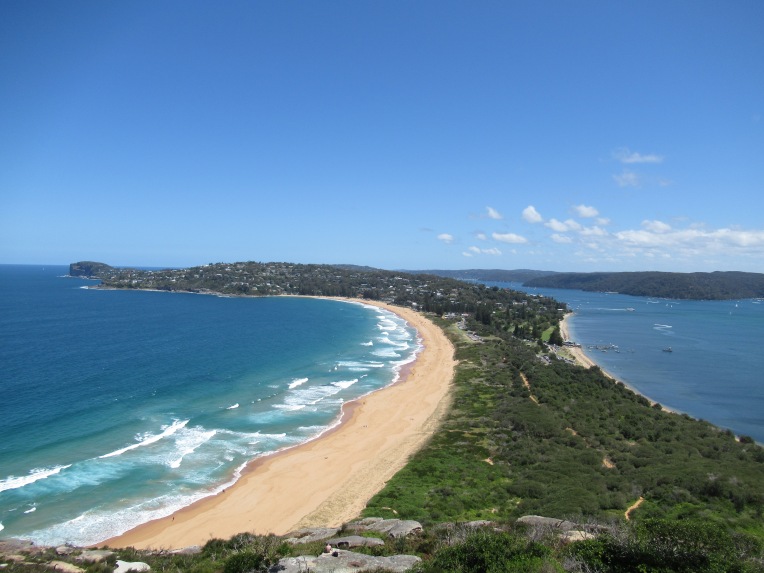 The lighthouse is built of local sandstone and the current structure dates to 1879-1881.

The lighthouse can be reached either by a gentle track, but there are also smugglers steps. These were not used by smugglers but were used by the customs house at the bottom of the Peninsula to climb up and look for smugglers. 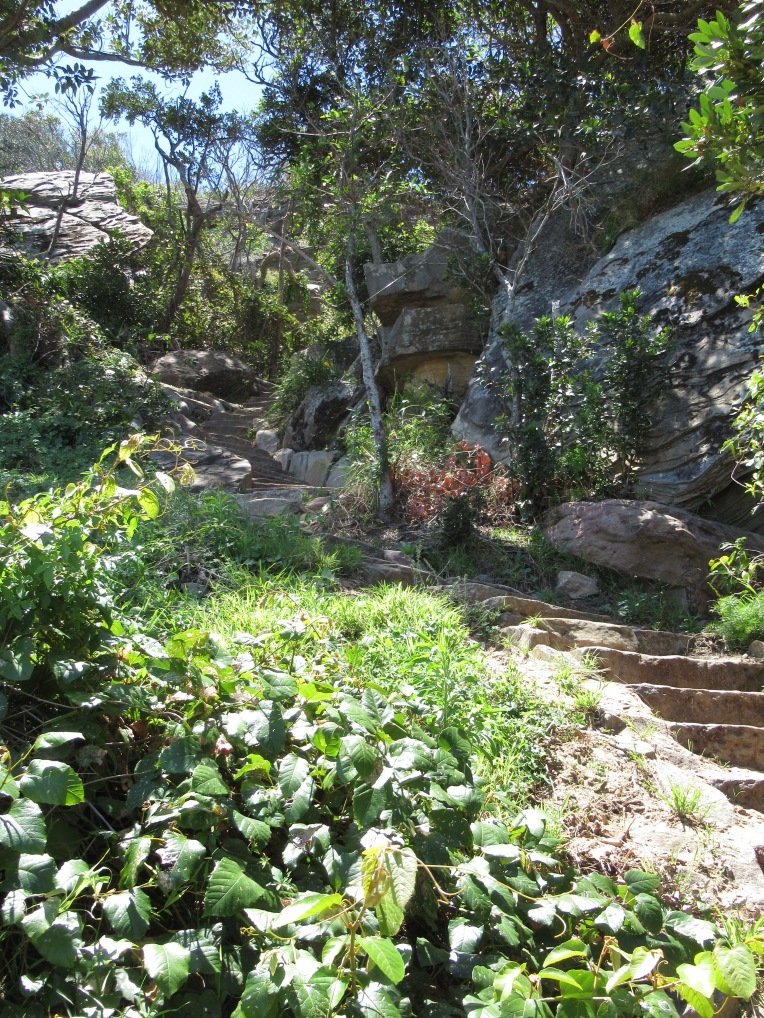 Barrenjoey was not the first light station in this position. The first light station was only oil lamps on two wooden towers and stood between 1865 and 1881. The current structure was built by Isaac Banks with a team of Scottish labourers and designed by government architect James Barnet. Barnet was responsible for many buildings in Sydney and he deliberately designed the slightly curved rail around the top of the lighthouse for aesthetic reasons. The rails are original, and they produce quite a vertiginous effect when standing next to them.

The lighthouse stands at 29 m and is 113 m above sea level. The visibility of its lamp is 38 km and it currently runs a Fresnel Stationary lens with a 100 W 24 volt quartz-iodine tungsten lamp. You can see the lens and the lamp in the photos below.

Originally the lighthouse ran on a kerosene lamp and thus three lighthouse keepers were needed to make sure that it kept burning. They worked in shifts of four hours and they were not allowed to have a bed up in the lighthouse (only a chair) in case they fell asleep. The interior and the exterior of the lighthouse is still in beautiful condition. 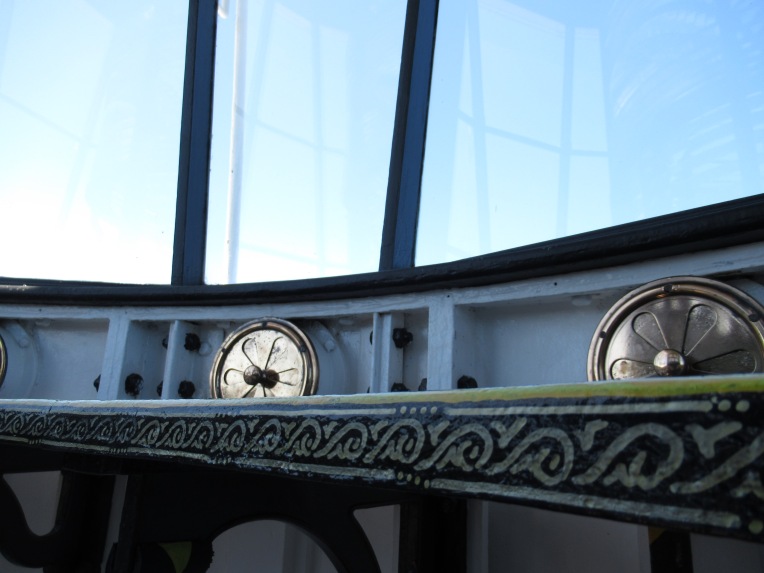 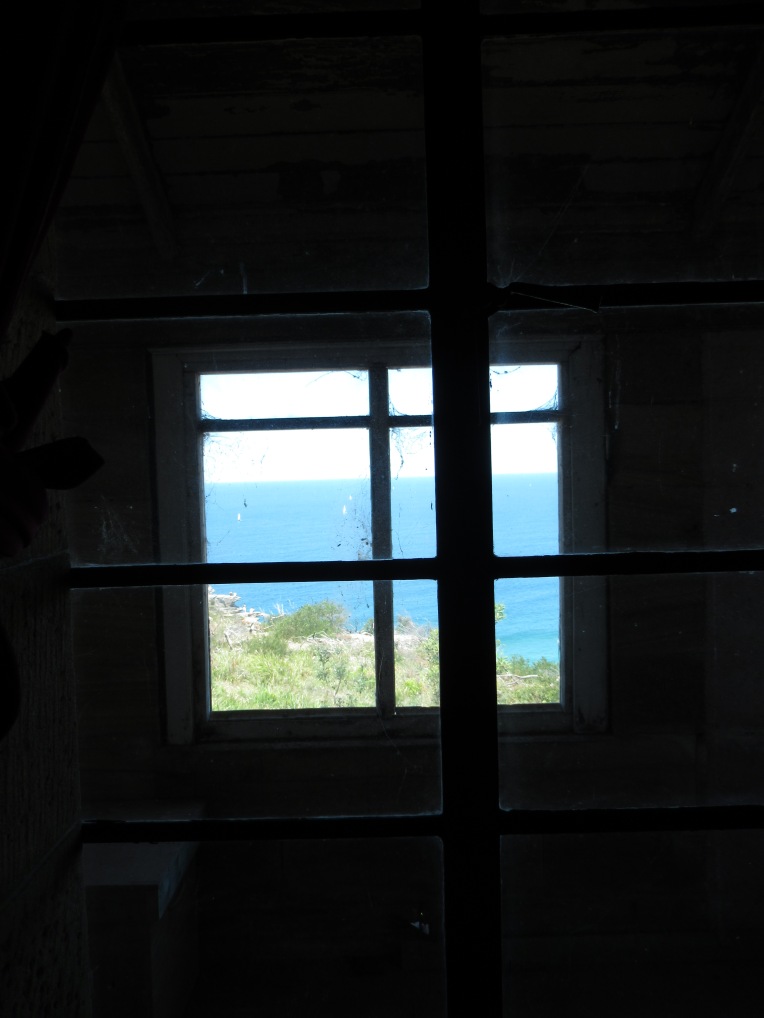 In 1932 the light became acetylene, it was automated and the lighthouse keepers were removed. In 1972 the light was changed to electric. The electric light was a 1000 w 120V quartz-halogen tungsten lamp. You can see it below.

A lighthouse needs to be identifiable from sea and today Barrenjoey operates 4 flashes separated by a 2 second interval every 30 seconds.

Originally, as the Fresnel lamp in the lighthouse is stationary, Barrenjoey used coloured glass (red) over the lamp, but this greatly reduced the intensity of the light. When the acetylene lamp was introduced in 1932 it was able to flash and the coloured glass could be removed.

Barrenjoey had a number of lighthouse keepers over the years but only one is buried there.

George Mulhall was born in c.1811 in Australia and both his parents were convicts from Ireland. George was appointed lighthouse keeper in 1868 and his son who was George Jr became assistant keeper. This was before the construction of the current lighthouse and the keepers lived off the Peninsula on what is now the third tee of the Palm Beach Golf Course. When the lighthouse began operating in 1881 George was the principal lighthouse keeper. There were stories that George died from being struck by a bolt of lightning and burnt to cinders, but his dead certificate describes him as having died from a stroke in 1885. His wife Mary who died in 1886 is buried with George. It is a truly beautiful spot to be buried. 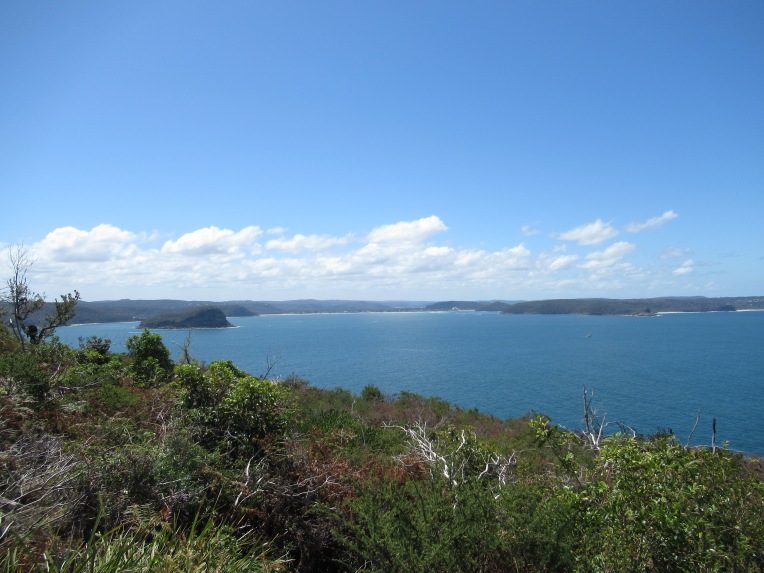 Barrenjoey Lighthouse is very much still an important part of navigation for ships coming up and down NSW’s coast. It is also a stunning place to visit, the views alone are worth it.

All the photos are mine.