This is the final castle on this advent calendar. I hope everyone has enjoyed the collection of castles and has a wonderful holiday season and new years. 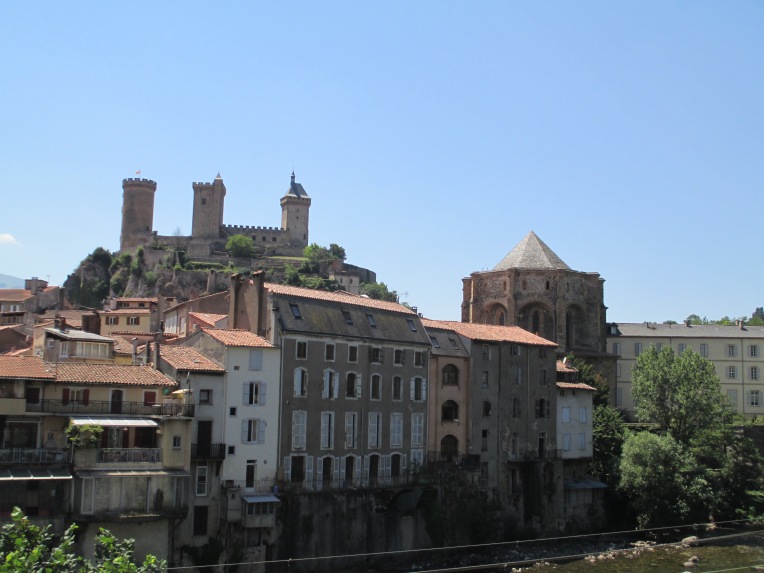 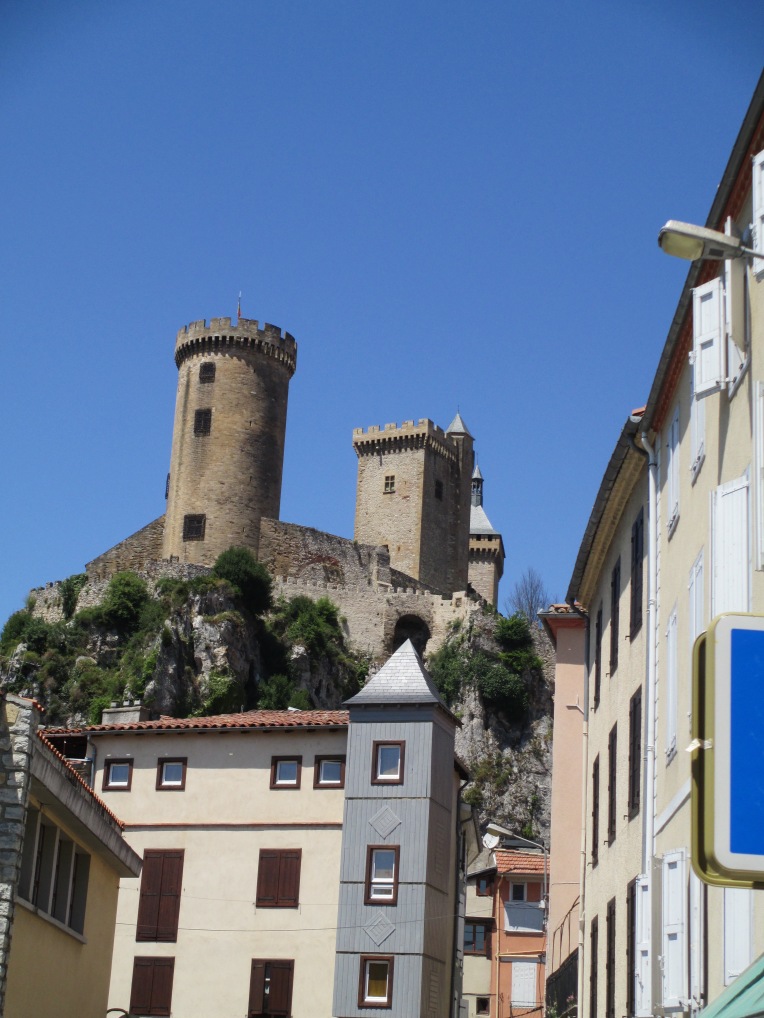 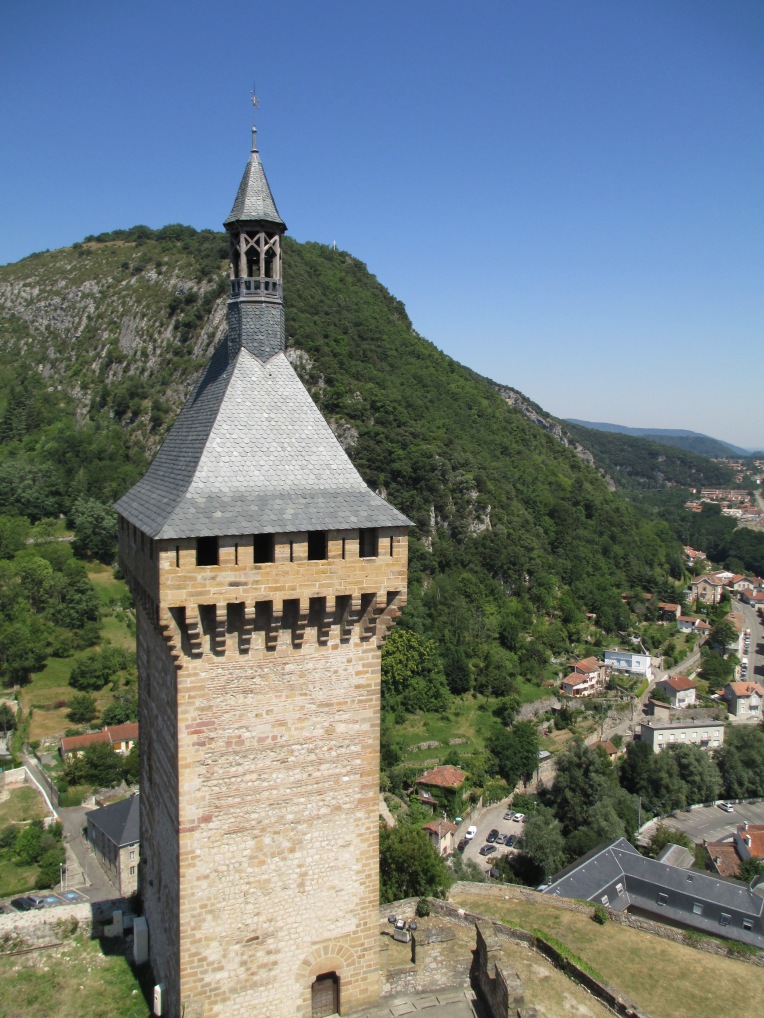 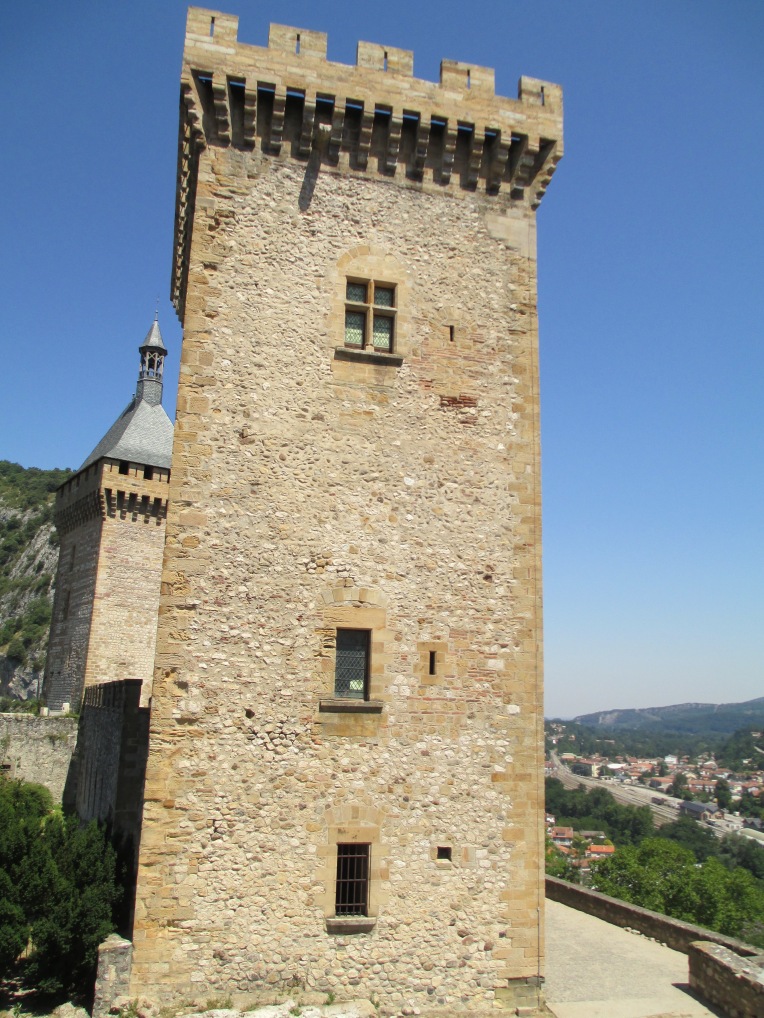 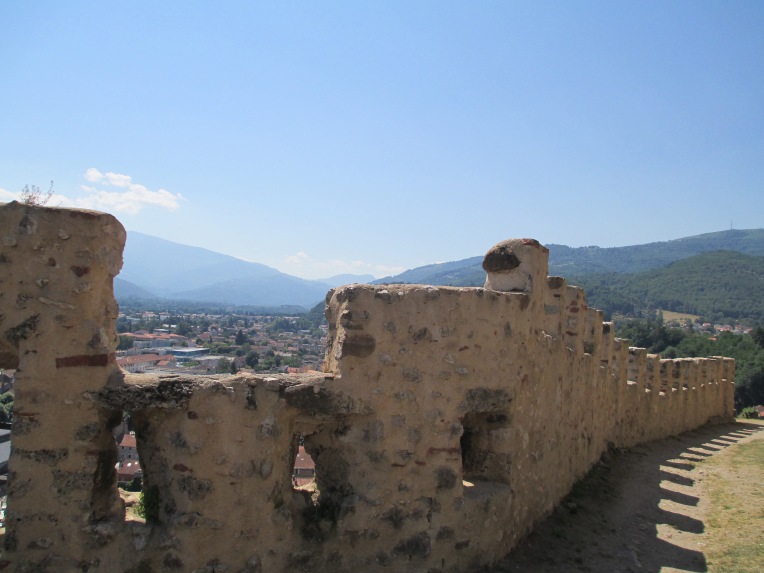 Foix, the third and final French castle, sits impressively perched on a massive lump of carboniferous limestone looking out toward the Pyrenees. It was the home of the Counts of Foix. The  first mention of the castle is in the early 11th century when it featured in the testament of the Count of Carcassonne. The original castle though was probably built at the end of the 10th century possibly on the site of an early older building of some description. The original castle would have just been one square tower with a wall.  Then later in the 11th century a second square tower was added along with a building connecting the two towers. The square tower with the roof  you can see today was probably built on the foundations of the original tower.

The castle was caught up in the Albigensian Crusade at the beginning of the 13th century. Foix was right in Cathar country and after several sieges it was occupied by the crusaders for a number of years. However the counts did survive the crusades largely intact, though by the end they were certainly distancing themselves from the Cathars.

By the mid 14th century the Counts of Foix were not using the castle as their principal residence. Though Gaston Febus ,the Count of Foix, did use the castle as a prison for a number of well born lords that he captured in 1362.

The final tower of the castle was constructed in the first half of the 15th century. It’s the round tower that stands at the end. It was built primarily to use as a residence, which is evidenced by the fact that the door is on the ground floor. The round tower is 32m high and 4m thick and it was built out of sandstone rather than local limestone to give it a more sumptuous appearance.

From the end of the 15th century the castle fell into disuse and was almost razed by the government, a fate which many castles met because they were too expensive to maintain. Thankfully in this case the order was never carried out. Foix was home to a garrison from the mid 15th century and this use continued until the mid 17th century when it mainly became used as a prison. At times the prison held more than 200 people, but it was finally closed at the end of the 19th century.  By the mid 20th century the castle had been restored to its medieval origins and was open for the public.